There are several ways to provide feedback in elementary OS, depending on the nature and severity of that feedback.

Toasts are ephemeral in-app notifications overlaid on top of other content used to affirm user action and/or provide a time-sensitive contextual action. After a short timeout, a toast is automatically dismissed. Because they are ephemeral, toasts should follow recent user action when the user is expected to engaging with the app. A toast can offer a contextual action that can be triggered as long as the toast is visible. A toast includes a manual dismiss button, e.g. if it is likely to be covering content the user may be more interested in.

A toast's title should be phrased to affirm user action, even when providing an undo action. For example, "Foo was deleted", while offering an action to "Undo".

Use a toast to affirm user action and provide a contextual action, like confirming content was deleted while offering an undo, or informing the user that an in-app process completed while offering a button to navigate to the result of the process. If you provide a toast in your app to notify of the result of a background process, consider only using a toast if your app window is focused while throwing a system notification if the window is not focused.

Info bars provide contextual information and actions to the user with varying levels of severity.

It is important to determine the severity or type of info bar to use. There are four types of info bars available:

A message dialog contains both primary and secondary text as well as clearly labeled buttons.

The primary text contains a brief summary of the situation and offers a suggested action. Primary text should be in sentence case without terminating punctuation, except in the case of questions.

​Granite.MessageDialog is the prefered way to create message dialogs with the correct layout

When presenting a dialog to a user, always use explicit action names like "Save..." or "Shut Down". Consider how "OK" lets users proceed without understanding the action they are authorizing. Not all users will read the question or information presented to them in a dialog. Using specific action names will make it harder for a user to select an unintended action and may even encourage them to read the presented information before making a selection.

If the primary action is not destructive, its button should be given the .suggested-action style class, rendering it in a highlighted style by default. It should usually be focused by default so it's quicker for the user to perform the action using the keyboard.

If the primary action is destructive—i.e. it cannot be easily reversed or undone—it should be given the .destructive-action style class, rendering it in a red style by default. Destructive actions should not be focused by default to prevent accidental activation.

Multiple suggested and/or destructive actions should not co-exist in the same context; there should only be one of either type in a dialog.

Notifications play a sound and are displayed as bubbles just below the system indicators. They briefly appear on screen where they can be selected to open the relevant app or manually dismissed by hitting the X icon. After a short time, they automatically slide away. Missed notifications can be seen in and cleared from the Notification Center indicator.

Notification titles should be in sentence case without terminating punctuation, except in the case of questions.

Notifications play a system sound by default, but app developers are able to set an appropriate app-specific sound for users to be able to more quickly recognize the source of the notification. Be sure to use the notifications API via LibNotify to set the sound so that it respects user settings and does not play a duplicate sound.

By default, a notification will include the icon of the app that sent it. For certain apps, it might make sense to display a different relevant image along with a notification, like a user avatar if it's a communication app or album artwork if it's a music app.

Keep in mind that users are in ultimate control over notifications and whether or not they appear. Being overly aggressive with your notifications is a quick way to get the user to turn them off entirely or even uninstall your app.

Notification bubbles, sounds, and appearance in Notification Center can each be toggled on or off on a per-app basis from the system notifications settings. Instead of including a global toggle for all notifications in your app, direct the user to the System Settings using a settings URL to open the Notifications page directly.

A badge shows a count of new, actionable items managed by your app. Its purpose is to inform the user that there are items that require user attention or action without being obtrusive. This is a passive notification. A badge should not show totals or rarely changing counters. If the badge is not easily dismissed when the user views your app, it is likely that this is not a good use of a badge.

Note that in a mail or chat app, a strict "unread" counter may not be the most useful. Instead, your app's badge should count new unseen messages, e.g. messages that have come in since the last time the user opened your app. Otherwise it may just always be some large, daunting number rather than providing the most relevant information at any given moment. 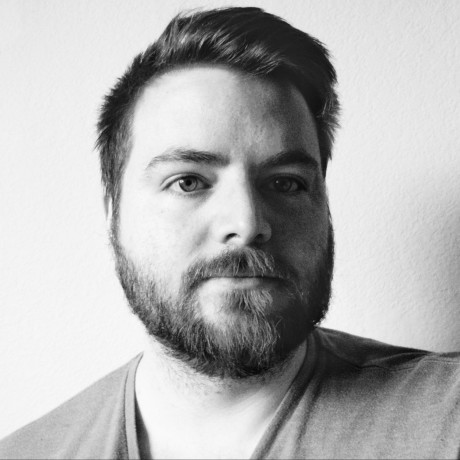